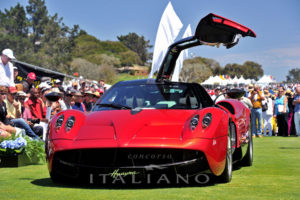 This is something very new for us.  Scuderia Corsa will be racing at the brickyard this Sunday for the 102nd edition of the Indianapolis 500.  While Scuderia Corsa is new to the series, the team will be joined by both a veteran driver and team, partnering with driver Oriol Servià and the renowned Rahal Letterman Lanigan Racing (RLL), a team who previously won the Indianapolis 500 in 2004, and is considered one of the strongest teams in the series.

Scuderia Corso was founded in 2013 by our friends Giacomo Mattioli and Art Zafiropoulo. Giacomo tells us, “The Tradition and heritage of the Indianapolis 500 is an experience we really look forward to taking in. The Verizon IndyCar Series is a great championship, and with a product that seems to only get stronger, so we’re eager to take our first steps in open-wheel at the ‘Racing Capital of the World’. The Indy 500 is something every team dreams of participating in, we’re all very excited about the opportunity.”

We will be eagerly watching.